I made a quick trip to the sewage pools near Soba Hospital yesterday morning. As in previous visits, things had changed a bit, with a couple of pools now dry, while others had been recently filled up. There was also a large flooded area beside the actual pools, one part being open and easily viewable, while another patch had flooded an area of Acacia bushes. This area had many waders on it, but was hard to view properly. The sewage was running freely and the air was pretty funky in places, making me pretty unwilling to enter any of muddy areas. The most common waders were Ruff and Wood Sandpipers, but there were also plenty of Black-winged Stilts, Little Stints, and Temmink's Stints, plus a few Common Sandpipers and Common Snipes. Once again, there was also a Three-banded Plover present, making me wonder if this is a regular site for them. 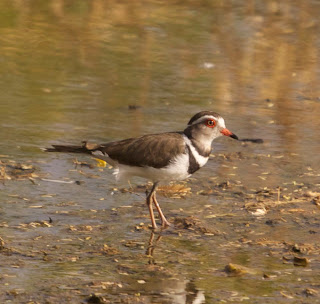 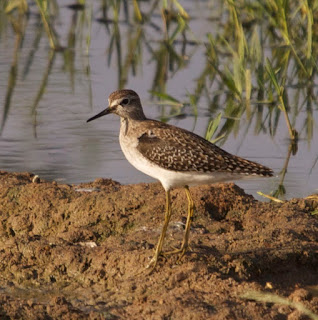 Probably the most surprising record of the day was a conservative count of 42 Hottentot Teals. The more open nature of the pools may have helped me to see so many, though I still think this is much higher than usual and may be the result of birds arriving at the pools as other areas dry out at the end of the wet season. There were no young birds present, so there is still no proof of them breeding here, though I strongly suspect they do. There were a few Shovelers and some White-faced Whistling Ducks, including several young birds, probably indicating that they breed at the site. A young Common Moorhen may indicate breeding at the site, which may be the first breeding record for the country. I am still hoping to see a young African Purple Swamphen, but my only sightings were of adult birds. 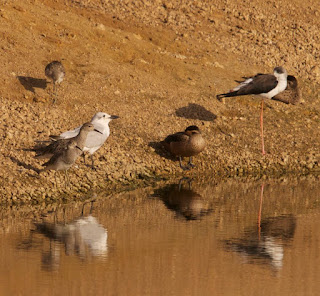 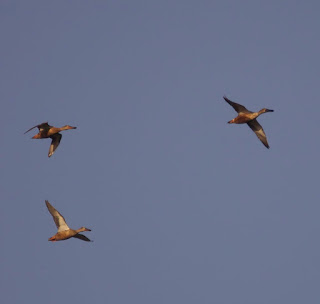 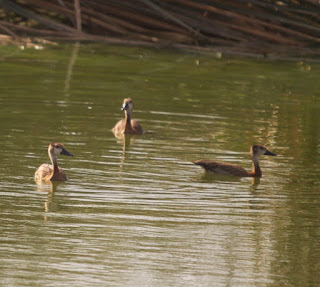 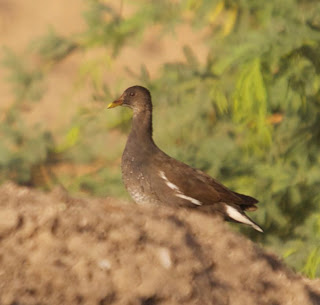 There were still a few White-throated Bee-eaters and Greater Blue-eared Starlings around, but they will probably be heading off soon. There was no longer any sign of activity at the nests of the Northern Masked Weavers and most males had moulted out of breeding plumage. 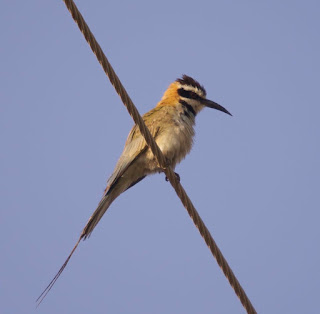