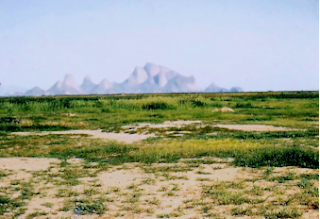 Kassala mountain, from the west, September (1958) 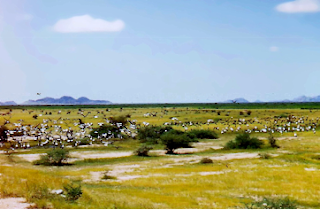 Some 60 miles east of the Atbara river and below dome-like jebels (granitic inselbergs), are Kassala and c.2,800 km² of the Gash river delta cultivations watered by the ephemeral flood from the nearby Eritrean mountains during July-September. Beyond, to eastward, are the barren-looking Red Sea Hills.