A late report from Jebel Aulia in October

A late report from a trip to Jebel Aulia on October 12th with Stephen, Terry and Julie. I have been a bit busy lately to keep up with reports, and I am now even more behind after a trip to Port Sudan during Eid, plus I still have a number of reports to post from Peter Dare's time here in the 1950s and 60s. I had some troubles with my camera, so Julie is to thank for most of these photos. We visited a location a little further south than I have visited before, though Stephen and Julie were both familiar with the site. The birding was quite good and there were a number of interesting migrants around.  Bird of the day was probably a Great-spotted Cuckoo, but other migrants included Barred Warblers and Orphean Warblers that were difficult to see well, plus Golden Orioles, lots of Willow Warblers, some Lesser Whitethroats, some Yellow Wagtails, a Black-eared Wheatear and lots of Sand Martins. 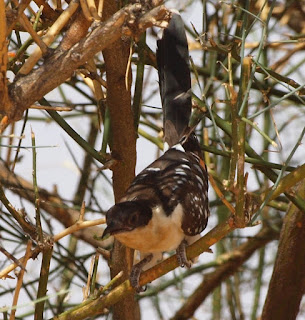 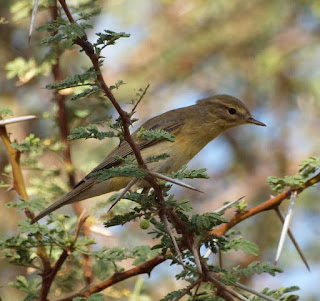 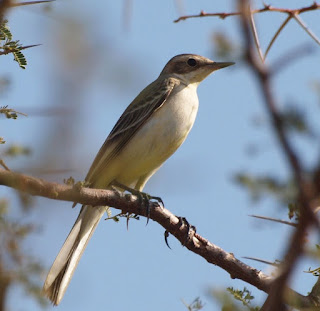 On our previous visit here we had seen visible southerly migration of European Turtle Doves flying overhead. This time, there were plenty hanging around in the trees. One looked particularly interesting as it was very similar to a Dusky Turtle Dove, a species found no closer than the southern parts of South Sudan and with no records in the new boundaries of Sudan. The photos below show the odd coloration and one shows it sitting near a typical European Turtle Dove. Although it looked quite good for a Dusky Turtle Dove, I was suspicious that it was with migrant European Turtle Doves, making me suspect it might be an aberrant bird. Dusky Turtle Doves generally show less rufous coloration on the coverts, but lots on the tertials. This bird showed fairly equal distribution of the rufous feather edgings, but some photos of Dusky Turtle Doves on the internet also showed this feature. Dusky Turtle Doves should show a dark neck patch, while this bird only showed a few faint dark streaks on a dark grey background. Again, this is not typical for Dusky, but some birds show it. After a discussion on Birdforum (www.birdforum.net/) it soon became clear that it was in fact a dark atypical European Turtle Dove. The two clinching features were the size comparison (Dusky is bigger than European) and the primary projection (Dusky, being a non-migrant has much shorter primaries). It was an interesting find, because if I had seen this bird on its own and a bit further south, or without the chance for photos, I could easily have claimed it as a Dusky. 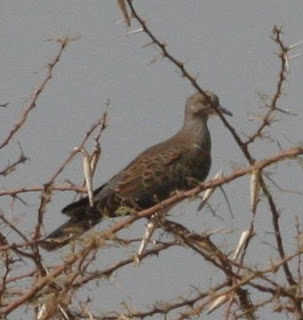 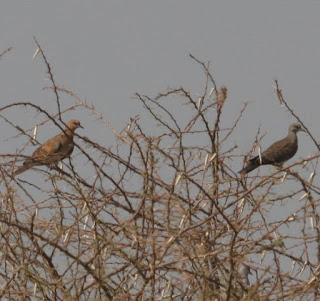 There were surprisingly few waterbirds about, other than the usual herons and egrets. We saw no gulls or terns and the only waders were Spur-winged Lapwings and a couple of Common Sandpipers. 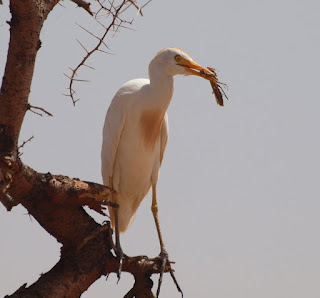 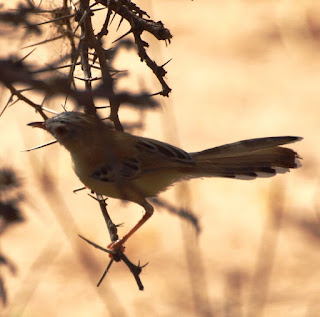