A visit to the Red Sea Resort

Just after the Eid festival I drove up to Port Sudan with my family. We spent 4 nights at the Red Sea Resort, which lies about 30km north of Port Sudan www.sudanredsearesort.com/. Apparently this place has been open for several years, but I had not heard of it previously. It is in a nice location on the beach and beside a shallow lagoon. There is also some acacia scrub than can be birded within walking distance. 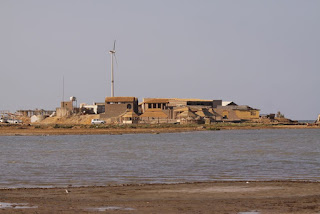 The Red Sea Resort viewed from across the lagoon.

The resort is well run by a local family that have spent much of their time in Europe and are familiar with what western tourists want. They are expanding rapidly and undoubtedly this will become a major location for visitors to the region. However, they still have a number of problems to deal with, the biggest being the water supply, which currently is little more than a dribble in one shower in the shared shower block. The food was generally quite good, though there were long waits for orders. Admittedly, this was probably due to the large numbers of day visitors during the holiday following Eid. Apparently, it had been absolutely packed during Eid itself and the staff had been overwhelmed. One of our main reasons to visit was the snorkelling, which was excellent. They hire equipment for snorkelling and diving and have a boat that takes people out, though we found the reef easy to reach by wading out, even for my 5-year-old son. I would certainly recommend this as a place for both birders and non-birders visiting the region. It was very good value at 250 SDG (about $50US) per night including breakfast and evening meal for my wife, my son and I. Our friend Lucy paid 150 SDG per night for a chalet of her own. They are in the process of building some new chalets that will have private bathrooms, but they will need to sort out their water supply before they open these for visitors.

Shorebirds were the main attraction and there were plenty available in the shallow waters around the site. There were lots of Greater Sand Plovers and plenty of Kentish Plovers. Redshank, Greenshank, Terek Sandpipers and Ruddy Turnstones were also common, plus there were a few Marsh Sandpipers and Eurasian Curlews. Given the habitat, I was surprised not to see a single Calidris Sandpiper. 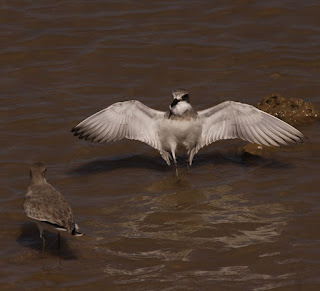 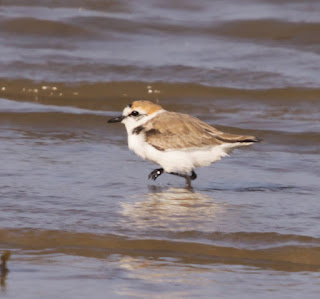 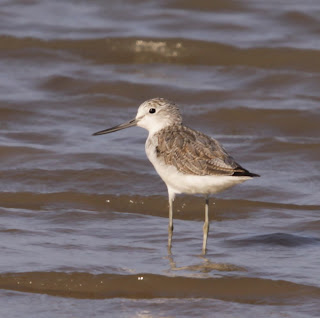 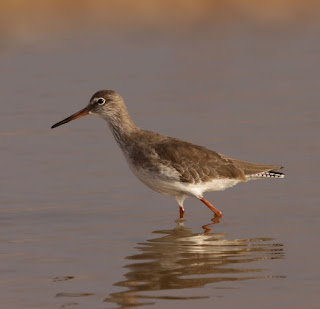 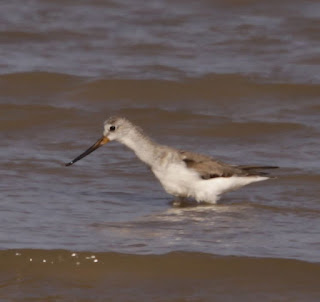 There were several gull and tern species present, though never in large numbers with occasional individuals or small groups moving through from time to time. Most common were the Caspian Terns, plus there were several sightings of Saunders Terns, Lesser Crested Terns, Slender-billed Gulls and Sooty Gulls. 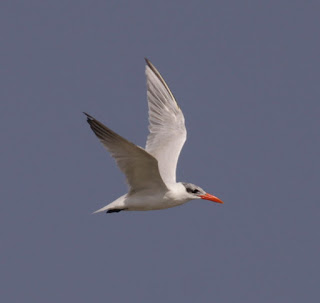 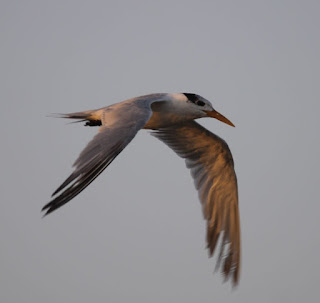 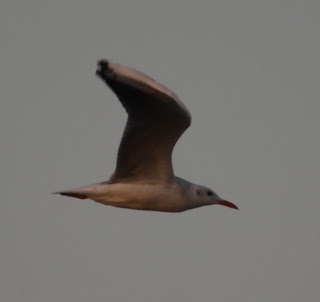 A couple of Greater Flamingoes were regular visitors to the lagoon, plus there were regular herons present, mainly Western Reef Herons, Little Egrets, Cattle Egrets, Grey Herons and Striated Herons. A group of Black-crowned Night-Herons was seen flying around on several occasions. 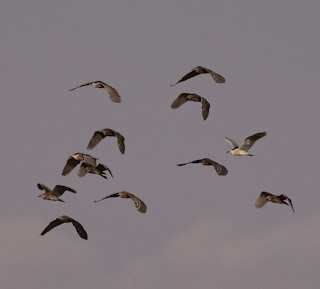 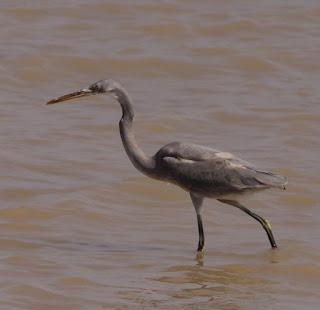 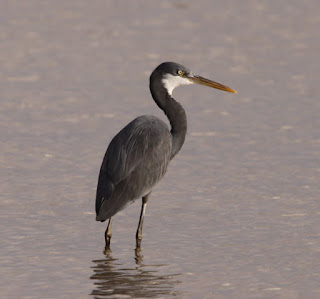 There were migrants still moving along the coast and many were stopping off briefly at the resort or on the nearby beach. A Common Quail landed in the car park before taking off again and heading south. Other migrants around the grounds included Red-throated pipits, a Tree Pipit, White Wagtails and Red-backed Shrikes. On the beach nearby there were a number of Stonechats, Common Redstarts and a European Nightjar. A short walk inland to the acacia scrub produced more migrants and some interesting local birds. Another nightjar seen here was an Egyptian Nightjar flushed from under a bush. It was hard to get good views of any of the small passerines, but there were several Menetries Warblers, Blackcaps and Willow Warblers. The best bird for me was my first ever sighting of Rosy-patched Bush-Shrikes. 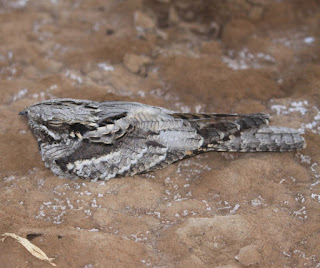 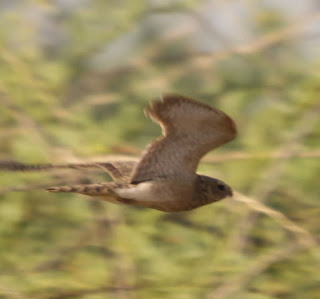 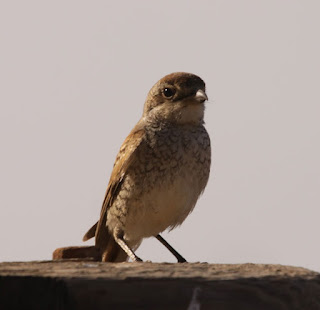 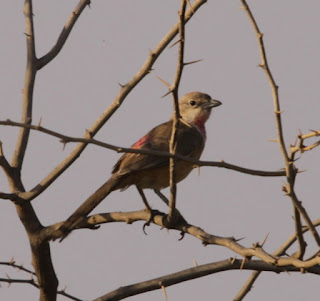 There were some Brown-necked Ravens around plus a few raptors. Several Ospreys were regularly fishing in the lagoon and a Pallid Harrier was seen feeding over the beach. A compact-looking raptor that made several visits to the resort appeared to have a brown nape patch, suggesting a possible Barbary Falcon. Nikolaus does not include any records for the Red Sea area, but it seems quite possible here. Unfortunately, I was unable to get any photos or prolonged views to confirm it. 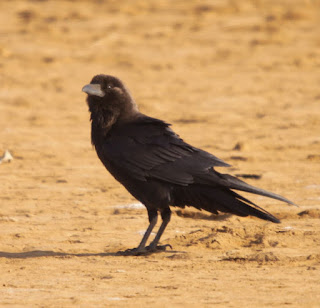 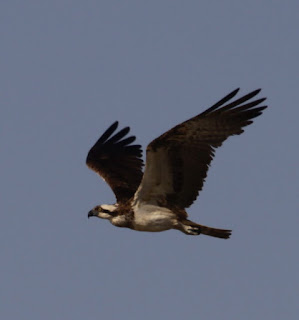