On a recent trip up to Port Sudan we stopped off at the Meroe pyramids, near Shendi. I was interested to see that one of the smaller pyramids had a number of carvings of birds, surely the first guide to Sudan's birds and pre-dating Cave and MacDonald by more than 2000 years. According to Wikipedia, Meroe was the capital of the kingdom of Kush and spanned the period from 800BC to 350AD. One set of carvings showed what were clearly some type of water bird. They are not easy to identify, but could be ducks or cormorants. 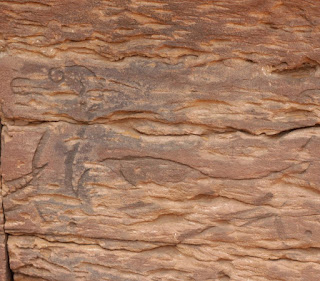 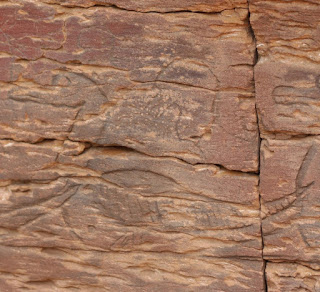 Several large land birds are also shown, but they are equally difficult to identify. One seems to look a bit like a chicken, which would have been present in the Nile Valley at this time. Perhaps one of the others might be a bustard, which would probably have been quite numerous back then and hunted quite commonly. 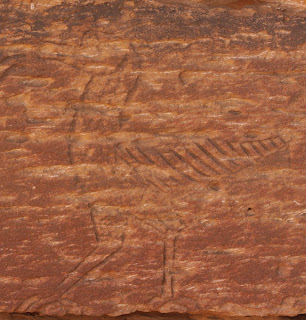 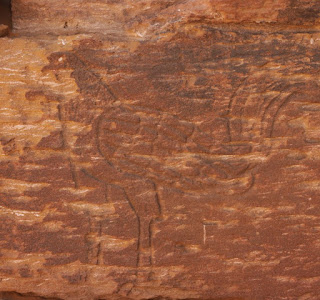 Possibly a carving of a chicken, Meroe pyramid 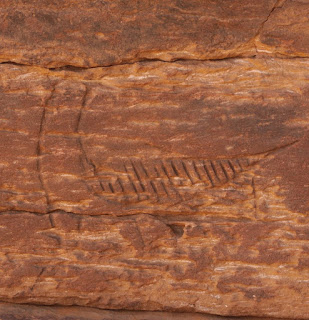 If anyone has any better ideas of the identification, of knowledge of carvings from other local sites, I would be interested in hearing about them.
Posted by Tom Jenner at 22:48