First visit of the season to the Sunt Forest

The Sunt Forest is flooded throughout the wet season, so when Terry and I visited on Friday morning we did not know what to expect. As soon as we arrived it was apparent that the water had receded sufficiently for us to do some birding. The water still covered the edges of the forest and it was very muddy in places, but it was possible to enter and walk through much of it, and over the next week or two it will become easier. However, the forest itself is not really the main attraction, but rather the flooded scrapes you pass as you approach the forest. These are very good for a variety of waders, herons and ducks, but they will eventually dry out completely as the Nile falls further. We recorded 16 wader species, with the most interesting being a Broad-billed Sandpiper, which is the first I have seen in Sudan, and a species described as Rare by Nikolaus. There were three Spotted Redshanks, which is another species that is not seen so commonly here. There were also quite a few snipe that we spent a lot of time checking thoroughly, though they all appeared to be Common Snipe. 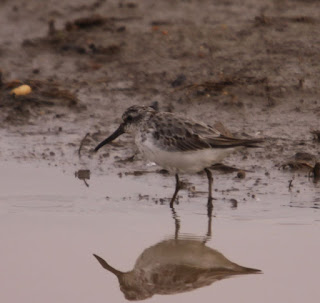 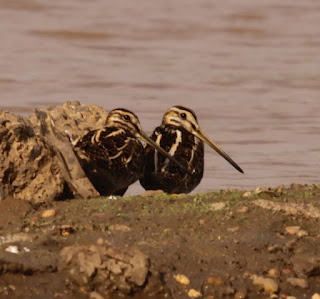 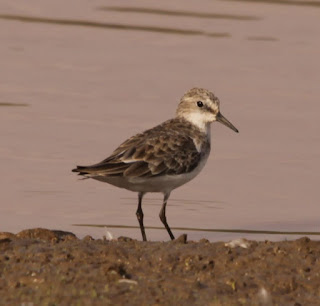 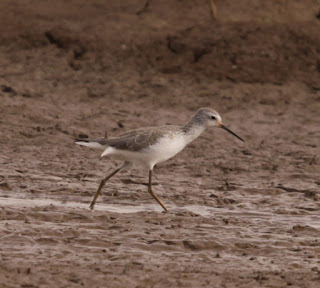 This is one of the few sites I know where it is possible to get decent views of ducks. There were several species present, including Eurasian Wigeon, Common Teal, Northern Pintail, Gargany, and Northern Shoveler, but nothing unexpected. 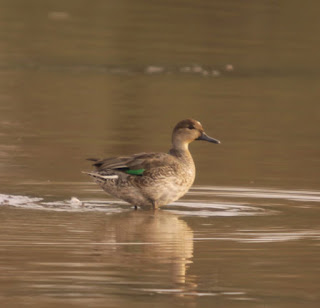 As always, birds called constantly from the trees within the forest, but were hard to locate, and, as always, once located they were mostly Eastern Olivaceous Warblers and Lesser Whitethroats. I know that many interesting species have been recorded in the forest, but I have yet to see much there myself.
Posted by Tom Jenner at 22:58