A return visit to Erkowit

On our way back from Port Sudan we stopped off for one night in Erkowit (or Arkowit) in the Red Sea Hills. When I visited 16 months ago with my brother we had to stay in an old and very basic hotel with no food and unwashed sheets. I am pleased to say that since then they have completed the Jebel Alsit Resort jabelalsitresort.com, which was under construction when I last visited. The hotel offers good quality rooms and food at a reasonable price, making this a much easier place to visit than it was before. Rooms start at 150 SDG, with several other options available. The 4 of us stayed in a very nice suite with two bedrooms and a large living room with cable TV for 400 SDG. They have also improved the road to Erkowit from the main highway, and it is now paved all the way. The turn off to Erkowit is the small village of Summit (or Samad) which lies a few km south of Sinkat. It is the only major paved turn-off, so it is hard to miss. It takes about 40 minutes to reach Erkowit and the Jebel Alsit is difficult to miss as you enter the 'town'.

I only had a short time in the field for birding and could't travel far from the hotel. For both of my brief trips I headed west to one of the valleys that heads down from the main plateau on which the town is located. As in my last visit, there were plenty of Abyssinian White-eyes around, though none posed for the camera. Best bird here was either a Persian or Kurdish Wheatear, which I hope to be able to identify properly from photos. I have seen a couple before near Sabaloka and have had similar problems in pinning them down to species. The bird had no white in the tail, suggesting Persian, but young Kurdish Wheatears do not have this either. The large amounts of rufous on the vent suggest it might be a Kurdish. I would welcome suggestions from anyone familiar with these species. 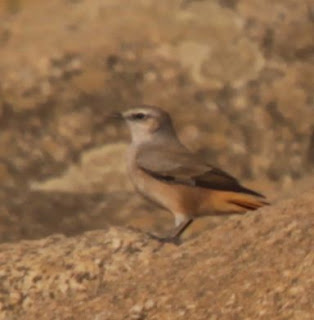 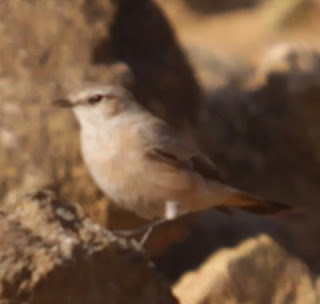 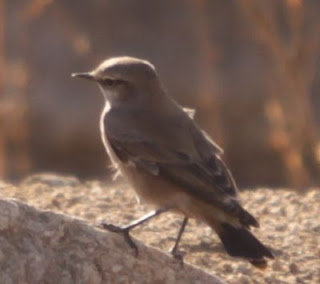 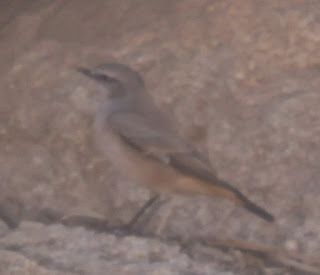 Otherwise it was surprisingly quiet in the valley, which holds a lot more vegetation and rocky cover than the open plateau. There were lots of Blackcaps, some Chiffchaffs and a Lesser Whitethroat, plus a couple of Red-backed Shrikes and an Isabelline Shrike. 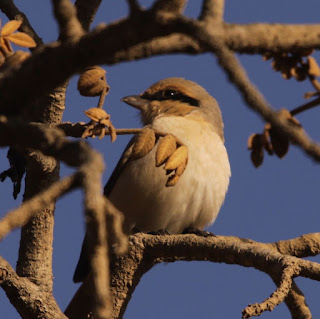 There were more birds in the open areas in the village and in the garden of the hotel, with some Tawny, Red-throated and Tree Pipits, some Short-toed Larks, some Blue-cheeked Bee-eaters, some Spotted Flycatchers, a Desert Wheatear and a Southern Grey Shrike. There were also the typical resident species such as Fan-tailed Raven, Rock Martin, Crested Lark, and Blackstart. 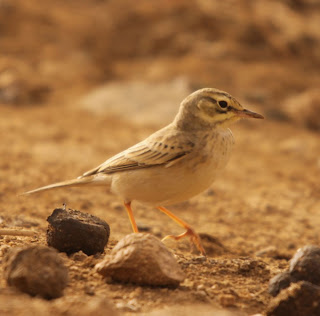 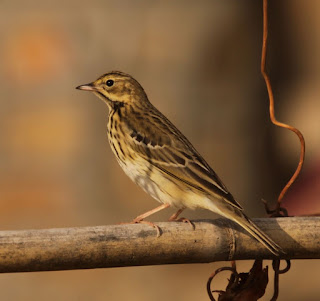 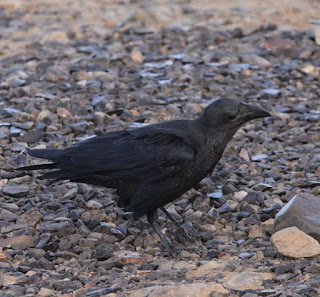 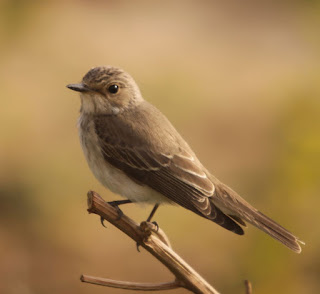