This morning I spent four hours birding along 15 kms of the road north from Juba. Much of the land is flooded in the rains, but now it's parched. Despite this, birds are plentiful. 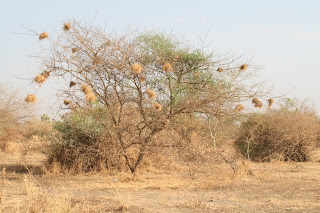 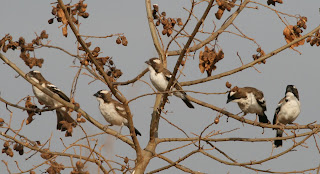 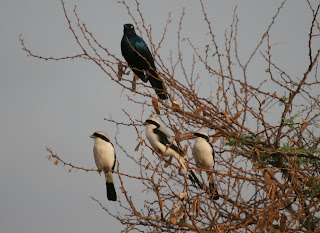 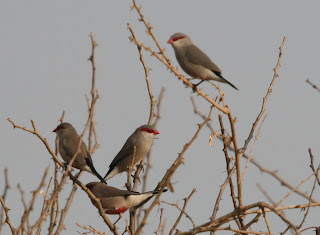 The weavers are not in breeding plumage, but seem to include Northern and Lesser Masked P. taeniopterus and P. intermedius, as well as Black-headed and/or Vitelline Masked P. cucullatus and P. velatus. 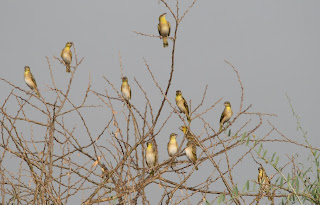 A confusion of weavers

There are lots of doves, including Namaqua Doves Oena capensis, as well as Vinaceous Doves Streptopelia vinacea. 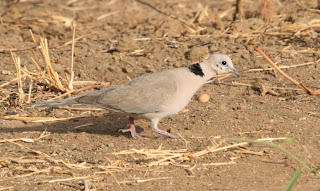 On one of the flooded pits were a flock of African Wattled Lapwings Vanellus senegallus, Sacred Ibis Threskiornis aethiopicus and African Open-billed Storks Anastomus lamelligerus. 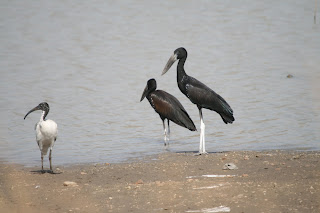 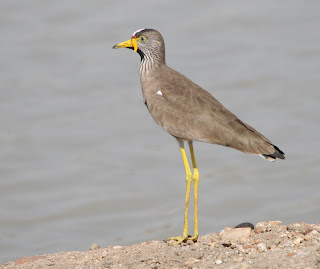 I'll finish this post with a few raptors. First a pair of Wahlberg's Eagles Aquila wahlbergi, including a stunning pale phase bird. 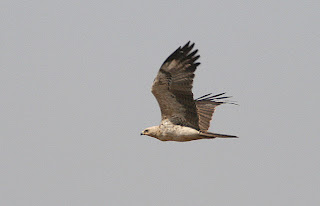 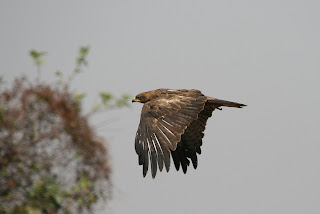 The other bird of the pair

Next some blurry vultures (sorry, they were miles up).... 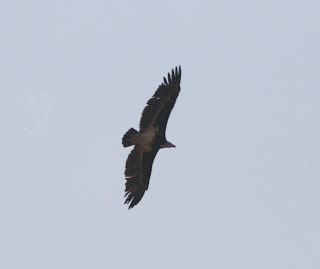 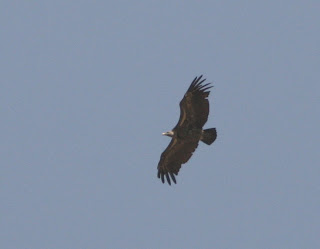 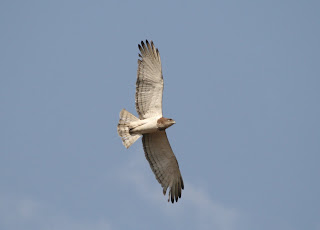