Steppe Eagles on the move

Another morning outing north of Juba today revealed that, since last week, Steppe Eagles Aquila nipalensis have started to cross the area en route back to Suez and then on to their breeding grounds in central Asia. A colleague, Simon Narbeth, my sharp-eyed driver Bosco, and I travelled 15 kms north of Juba, encountering about 50 Steppe Eagles, mostly moving in a leisurely manner north-westwards. Oddly, they were not travelling due north or east of north, suggesting that the light westerly wind might be affecting the flight direction. There was a mix of age groups, as shown by the photos below. Without my trusty Forsmann raptor i.d. guide, which is back in UK, I'll not attempt to precisely age these birds. 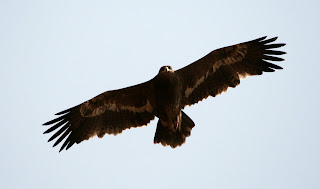 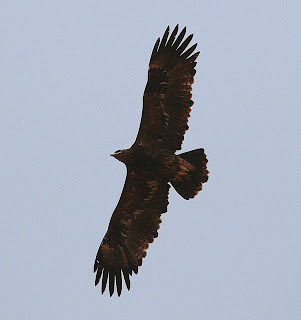 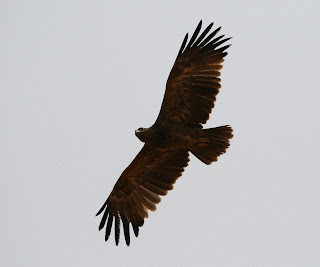 The main passage through Suez is from late February to mid-March, which suggests that these birds are in no rush to head north.

I originally posted the photo below as a Steppe Eagle, but it is in fact a Tawny Eagle Aquila rapax. The wings appear narrower, the flight feathers are unbarred, the head more protruding and the first primary very short. 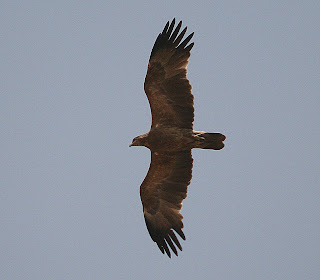 Other birds of prey included a pair of Dark Chanting-Goshawks Melierax metabates, which saw off a Steppe Eagle that invaded their territory, and two African White-backed Vultures Gyps africanus. 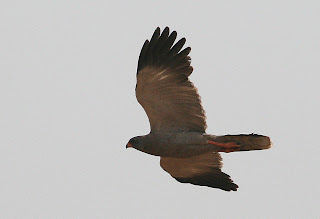 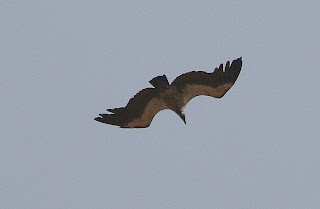 There was also a pale phase Booted Eagle Hieraaetus pennatus, providing an interesting comparison with the pale phase Wahlberg's Eagle Aquila wahlbergi seen last weekend (the Wahlberg's was somewhat larger, which is not obvious from the two pictures below). 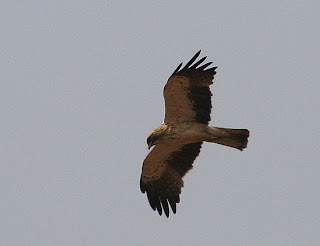 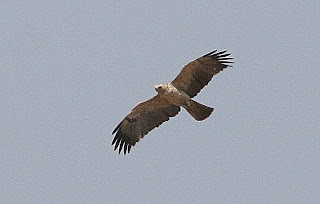 Among several new species for me in the Juba area was White-billed Buffalo-Weaver Bubalornis albirostris - a flock of about 30 in open bushland with acacias. The bill colour is grey rather than white, at least at this time of year. 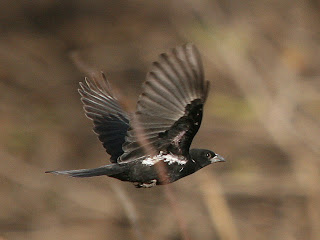 Last one for today: I've seen Spotted Morning-Thrush Cichladusa guttata around Juba before, and today managed to obtain a few photos. 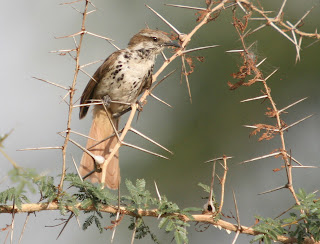