There were clear signs of movement today at Tuti Island which I visited with Terry and Stephen. Gulls and terns were moving up the river in reasonable numbers, though it wasn't always obvious which were actively migrating. The biggest numbers were the White-winged Terns, with a few Whiskered, a couple of Gull-billed and a Caspian Tern; there were a few groups of Black-headed Gulls and a single Lesser Black-backed Gull. The best sighting of the day was probably a group of 6 Slender-billed Gulls. Nikolaus describes the species as uncommon on the Red Sea and mentions there being only a single inland record, from Khartoum in spring 1980. 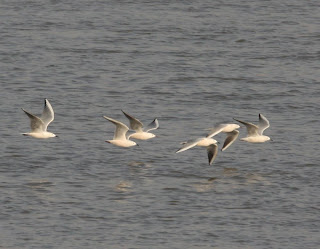 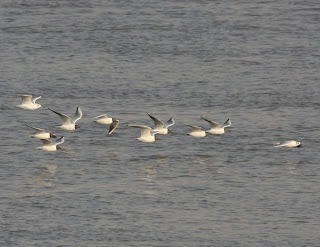 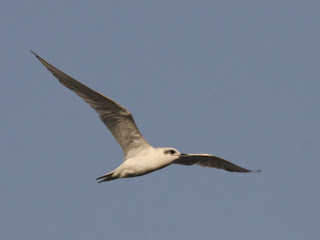 Gull-billed Tern, Tuti Island 24th February 2012
Migrating land birds were also in evidence with the first Common Redstart and Rufous Scrub-Robin of the year. There were quite a few Eurasian Hoopoes, plus quite a few wheatears and warblers. 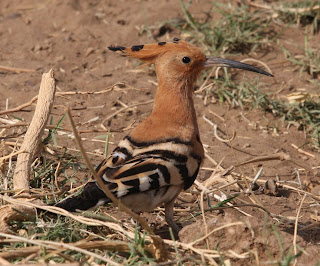