A visit to Jebel Aulia with Terry and Stephen

On Friday morning I visited the lake at Jebel Aulia with Terry and Stephen. We birded on the eastern shore, with our first stop about 25km beyond the dam. This area is quite open with small patches of Acacia along the shore. A couple of Glossy Ibises were feeding along the shore, along with a few Black-winged Stilts, some Egyptian Plovers, a couple of groups of Ruddy Turnstone and a variety of the typical waders. One pleasant surprise was a couple of Collared pratincoles that flew past and landed quite close by. 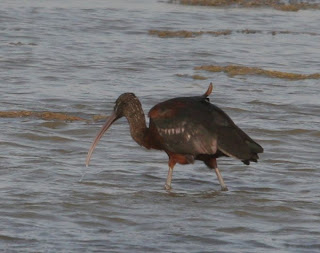 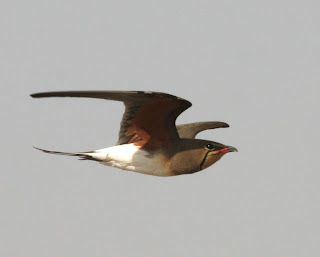 Collared Pratincole, Jebel Aulia 17th February 2012
There was quite a bit of movement north of gulls and terns. My main interest was the large gulls, which I will discuss in a separate post. Other interesting sightings here included a flyover Openbill Stork, which was my first in Northern Sudan. Another good bird to see was a Fulvous Babbler, which I had only previously seen up near Port Sudan. There were several Cricket Warblers around, plus lots of Lesser Whitethroats. 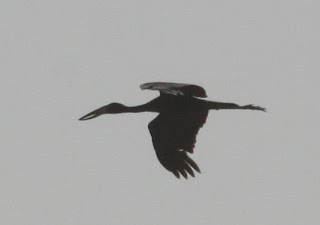 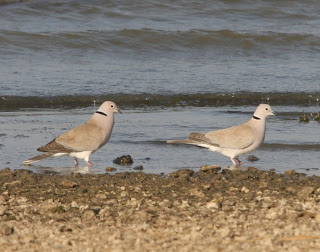 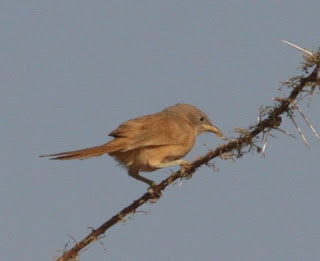 Fulvous Babbler, Jebel Aulia 17th February 2012
A Western Marsh Harrier soared slowly northwards overhead and what we thought was the same bird flew past again and then a third time. Later, when viewing photographs of two of the birds it was clear that they were different individuals, so perhaps there were several individuals migrating through. We also saw a Pallid Harrier. 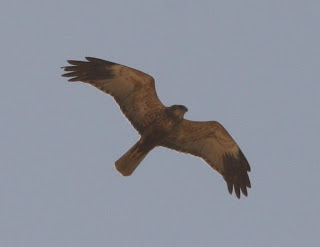 Western Marsh Harrier, Jebel Aulia 17th February 2012
We then went north to a spot only a few km south of the dam, where we only made a brief stop in the mid-day heat. The vegetation is much thicker here and there are some taller trees. As we drove up a woodpecker with a bright red rump flew past and out of view. It was almost certainly a Grey Woodpecker, because the only other red-rumped woodpecker in the region is Little Grey Woodpecker, which is much smaller. Between us we have only ever seen one woodpecker in Sudan, so it was a shame it didn't hang around. Throughout the day there had been large numbers of hirundines, many of which had been moving north. Most were Sand Martins, but there were also House Martins and Barn Swallows. The local hirundine here is Ethiopian Swallow and this individual posed well for the camera. 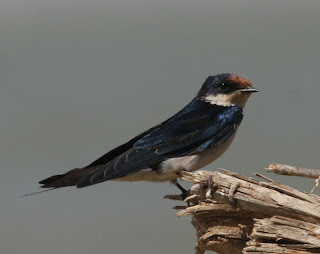