Tuti with Terry and Stephen

I visited Tuti Island on Friday morning with Terry and Stephen. There was a similar selection of birds to what would normally be expected, though there were slightly more warblers feeding in the low bushes at the northern tip of the island, giving the impression that migration might already be underway. I am still not sure whether the Little Swifts I have seen at Tuti are migrants or not, but a single bird was present today. 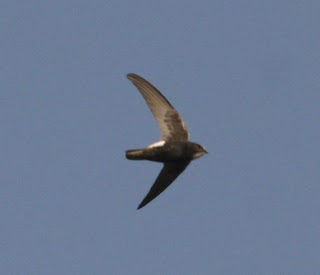 Little swift, Tuti 10th February 2012
It was noticeable that most of the Village Weavers had moulted, or were in the process of moulting, into breeding plumage. There was a small colony that had almost completed building their nests and the males were hanging underneath and flapping their wings to display to the females. 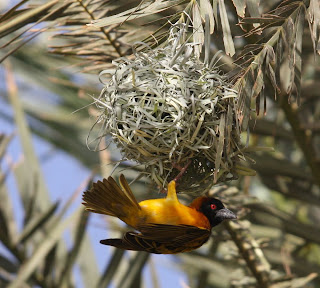 Village Weaver displaying at nest, Tuti 10th February 2012
I have always had trouble taking photos of Black-billed Wood-Doves, but today a couple of birds ventured into an open area offering slightly better shots than usual. 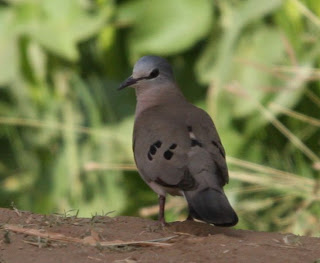