Few migrants yet at Tuti

Last Friday I made a brief visit to Tuti Island with Terry and Julie. As it is September I was expecting a lot more activity from migrants, but things were still pretty quiet. There were probably three different Lesser Grey Shrikes and several Golden Orioles, which were the only obvious migrant passerines. There were a few Little Egrets, a Squacco heron, a few Green Sandpipers and my first Gull-billed Terns of the Autumn. Hopefully things will pick up this weekend when we visit Jebel Aulia. 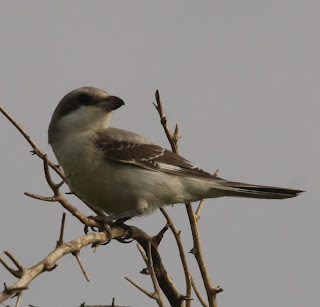 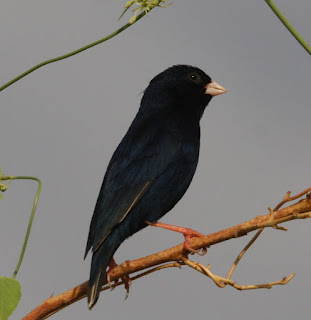 Other than the migrants, there continued to be  several Abyssinian rollers and the glossy starlings were still around. We discussed how we saw more Lesser Blue-eared Starlings than Greaters, and how this was not usually the case. I wonder if they have already started moving out. I managed to take lots of new photos, which I will put together into an ID article at a later date. Many of the immature Lessers were moulting into adult plumage.
Posted by Tom Jenner at 22:58