This afternoon I made my first visit of the autumn to the KICS riding stables on the Blue Nile. The water was very high and one of the fields was flooded, probably from the rains rather than from the rising river. It was immediately evident that this was providing a good habitat for wading birds, with no suitable habitat present along the river bank. Most obvious was the large number of Egyptian Plovers, numbering 24 in a very small area, though loosely associated and at no point looking quite like a flock. Also present were quite a few Ruff, Black-winged Stilts, Little Stints and Common, Green and Wood Sandpipers. A few White-winged Terns seen flying along the Blue Nile were my first of the autumn. 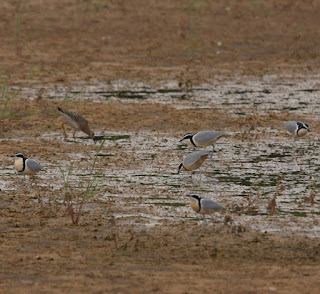 The waters did not rise as high last year, but they were quite high in 2010. My first birding trip in Sudan was to the KICS Stables that year and I saw a Malachite Kingfisher. I had expected them to be common, but my lack of subsequent sightings until today make me think that their movements may be linked to such conditions, at least locally. 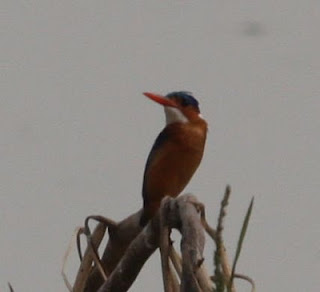 A Gabar Goshawk and a Northern Masked Weaver were species I have not seen previously at the stables, but neither was unexpected. Another good sighting was an African Swallow-tailed Kite. None of these posed for the camera, but this Chestnut-backed Sparrow-Lark was more obliging. 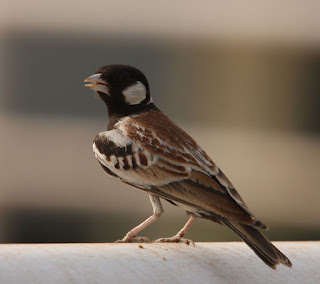