A good morning for Barbets on Tuti

There are two species of barbet found as far north as Khartoum - Vieillot's and Yellow-breasted. The latter is relatively common, but I have seen very few on Tuti, while I have only ever seen one Vieillot's Barbet, which was on my first ever visit to the island. Terry, Julie and I were therefore very pleased to see both species on Friday morning. A pair of Vieillot's Barbets showed their close affinities to the woodpeckers as they climbed up the trunk of a tree. The behaviour made us suspect a nest and we will check the area again on our next visit. 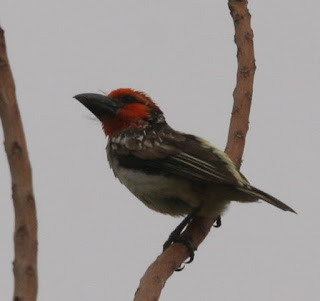 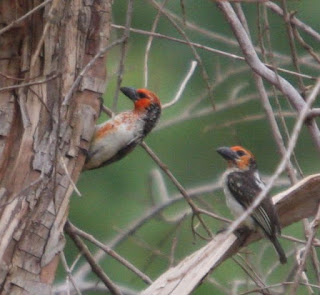 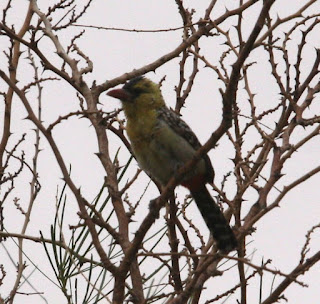 There was still little evidence of migration, though three Spotted Flycatchers were clearly new arrivals, as were a couple of Lesser Grey Shrikes. Two Eurasian Hoopoes were also present. 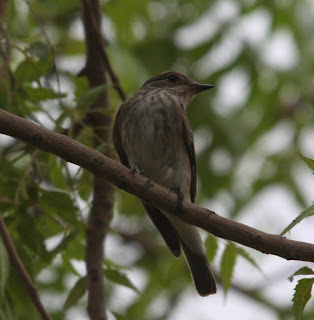 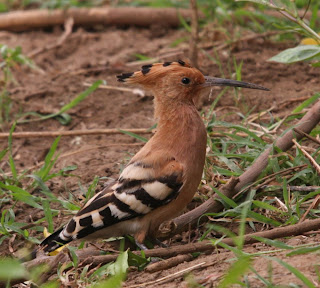 There were several Abyssinian Rollers on the island, none of which showed the characteristic long tail streamers. As discussed in a recent post, this has led me to doubt whether I am identifying them all correctly. However, one of the birds on Friday allowed me to get sufficiently close to see that short tail streamers were present, but had not yet grown beyond the length of the tail (see photo below). I am now confident that all the birds I have seen recently have been this species (and not European Roller), as all have had lots of white around the face. After my recent spate of sightings it now seems quite odd to think that my first ever sighting on Tuti was only 11 days earlier. 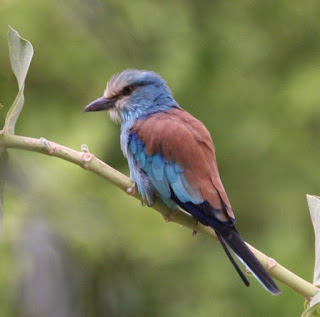 An immature Gabar Goshawk swooped past an adult bird, but it was not possible to see if it was a food pass. Soon after a dark phase bird flew past the same area near the fort, suggesting they had a nest nearby. I am also starting to see a pattern with this species, which seems much commoner during the rainy season - on Tuti Island at least. 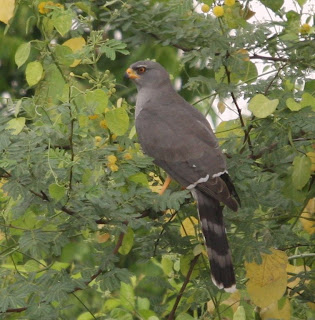