Julie and I had an interesting morning birding today on Tuti Island. We first popped down to the Sunt Forest to check out the conditions, but it was still very flooded and it will be a while before it will be easily accessible for birding. Tuti was our back-up plan, but it turned out to be a great day for birding with some obvious movements of many species. There were large groups of kites circling overhead and I think that many were probably migrating Black Kites, though there were certainly Yellow-billed Kites amongst them and I have still not quite got my head around identifying the dark-billed birds with certainty. Other interesting raptors included a European Honey-Buzzard, a Pallid Harrier and a Shikra. 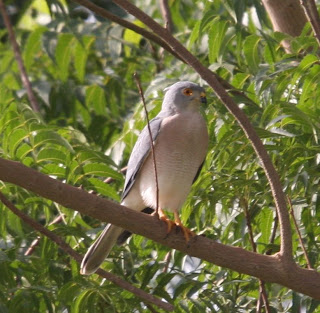 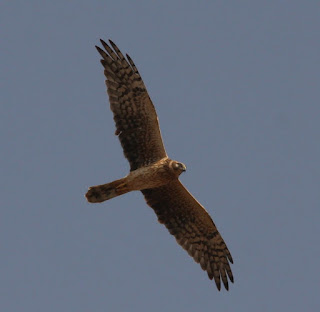 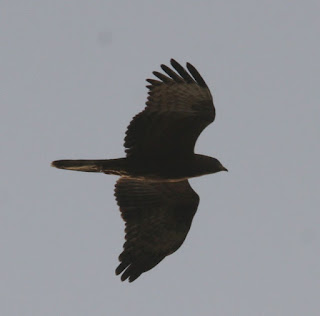 European Bee-eaters were probably the most visible migrants as they hawked for insects, but as we checked the bushes we found several warbler species that had not been around on my previous visit to the site three weeks earlier, such as Common Whitethroat, Lesser Whitethroat, Willow Warbler, Blackcap and Garden Warbler. A group of 11 Glossy Ibises headed down the White Nile, along with several groups of terns that were not identified to species. Several groups of Grey Herons flying south were probably migrants, while a group of Turtle Doves certainly were. There were individuals of Spotted Flycatcher, Barn Swallow and Sand Martin, a few Whinchats and Golden Orioles, and good numbers of Tree Pipits, and Red-backed Shrikes. 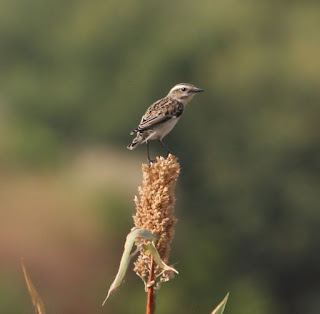 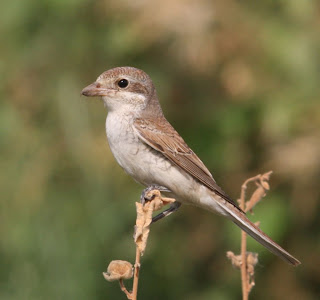 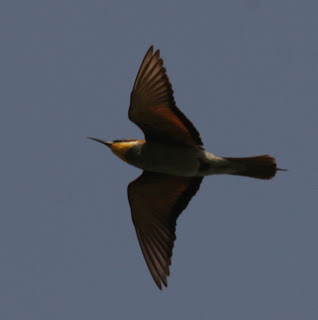 The biggest congregation of birds was at a fruiting fig tree. This tree is often good for birds, but today there were many more than normal. Most numerous were the Common Bulbuls that seemed to be everywhere. This tree also attracted lots of Garden Warblers and a couple of Blackcaps, a species I have seen at this same spot many times previously. There were also some African Mourning Doves and Golden Orioles making the most of the easy food. 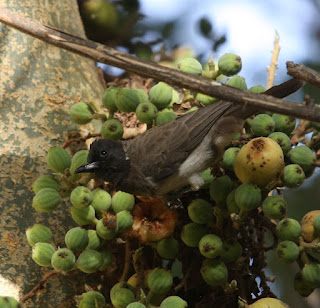 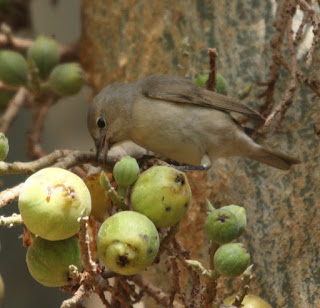 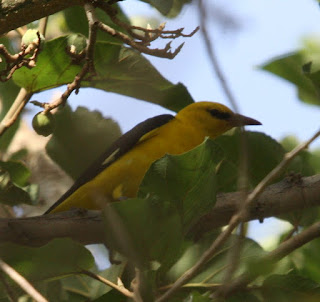 Although the excitement mainly came from the migrants, we also had some interesting sightings of local birds, some of which showed well for the camera. 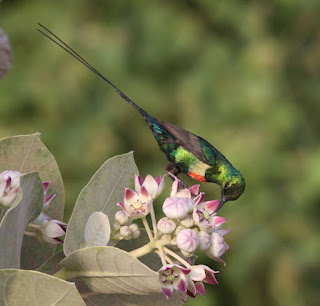 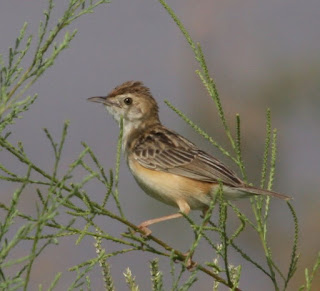 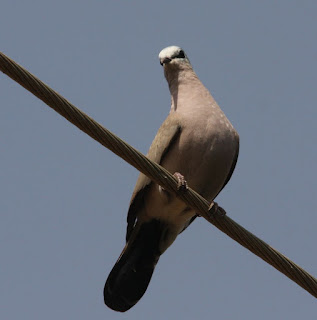 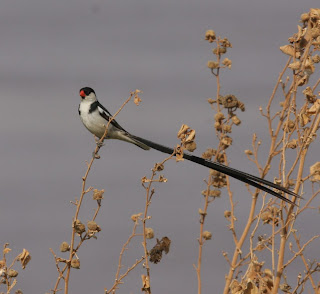 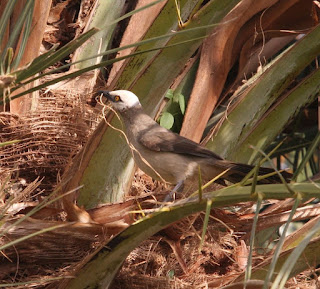 I was particularly happy to see the White-headed Babbler pictured above, as it was carrying nesting material. This is the first time I have observed any kind of nesting activity in this little-known species and it would be interesting to make some further observations. Nikolaus includes no nesting records in his Atlas, and I wonder if there are any published breeding records of this species. As can be seen from the photos, it carried material into the main head of a palm tree. There were at least two other birds present, suggesting they are communal nesters like many other babblers, with a dominate pair nesting and others in the group helping to rear the young.
Posted by Tom Jenner at 22:50