After seeing little evidence of migration last weekend, it was nice to see visible movements of birds at Jebel Aulia when I visited on Friday with Stephen and Terry. Most noticeable were the groups of European Turtle Doves passing overhead continuously throughout the morning. There were also groups of small sparrow-like passerines that seemed to be heading south, but I never managed to get a good enough look at them as they flew quickly past at a height of about 2m and them swooped up over the larger bushes. 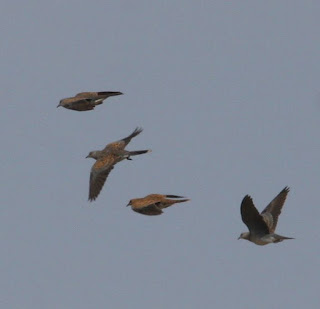 There were a number of other land migrants around, with good numbers of Golden Orioles, Lesser Grey Shrikes, Willow Warblers, Lesser Whitethroats, Spotted Flycatchers, Barn Swallows and Sand Martins, plus singles of Masked Shrike, Isabelline Shrike, Black-eared Wheatear and Montague's Harrier. Most of these were my first sightings of the Autumn. Waterbirds had also arrived, with quite a few unidentified small terns on the lake, including at least some White-winged Terns. A Little Tern was a good sighting, plus a single Lesser Black-backed Gull was present. The only waders present were a couple of Common Sandpipers, though there was little suitable habitat due to the high water. A group of 30 Shovelers headed south down the middle of the lake and were only identifiable afterwards from distant photos. 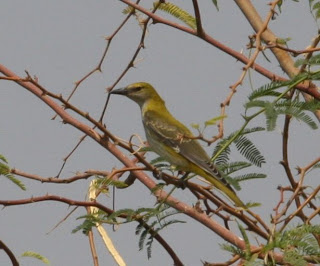 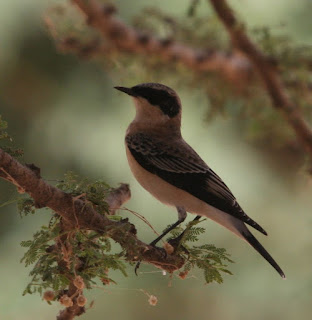 As always, there were lots of Nile Valley Sunbirds around, and it was nice to find a nest with a female incubating. On close inspection we could see that the nest was mostly woven from sheep wool. A pair of Grey Woodpeckers was good to see, as woodpeckers of any kind are rarely seen in the north. This site is always quite a good place to see Abyssinian Rollers, but today they seemed to be everywhere. This was the first year I have seen them at Tuti Island and I have been seeing them quite regularly around Khartoum, making me think that this has been an especially good year for them. 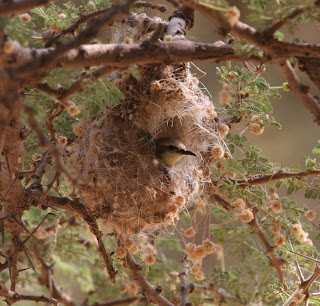 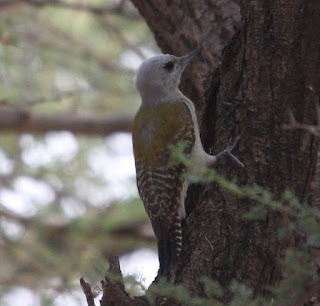